The 1235A brings the sound and heritage of the iconic 1035 into the modern recording age. High SPL capability and precise imaging come together in a main monitor that adapts to your room. 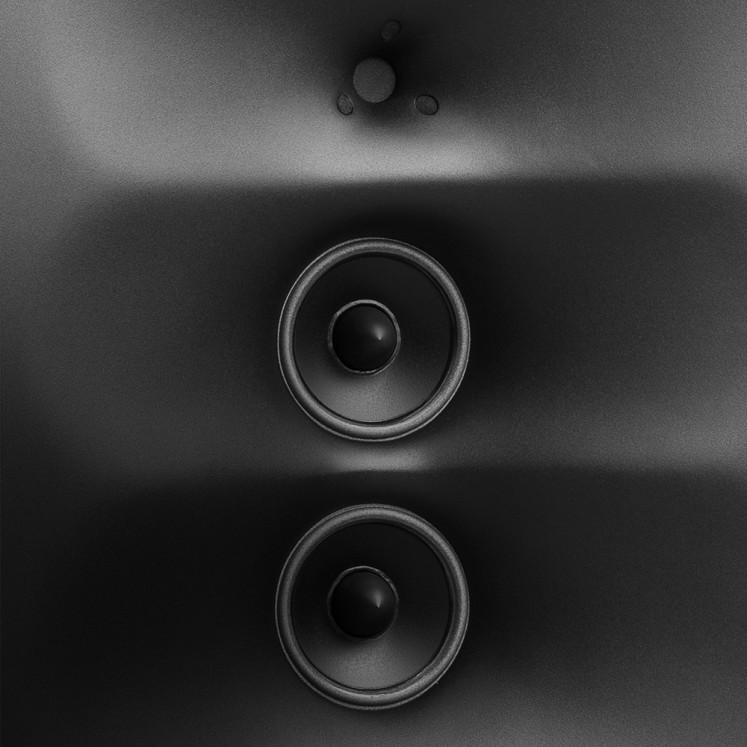 The original 1035 became the hallmark of prestigious studios around the world who demanded a wall-mountable full-range monitor that could deliver true reference performance at high SPLs and over long listening distances. Now, with 96 kHz processing and all the power of our Smart Active Monitoring technology, the 1235A is available both complete or as a retro-fittable upgrade kit for owners of 1035A or B models. 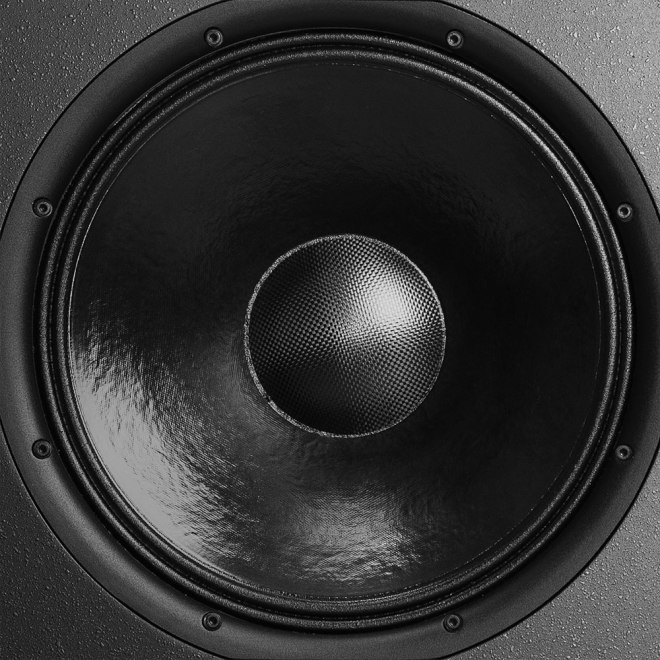 With outstanding on and off-axis response and superb directivity, the 1235A delivers a very wide and stable sweet spot that can be trusted by multiple listeners within a room. And through its integration with GLM software, the 1235A can be configured, controlled and calibrated for any type of acoustic environment, providing a truly optimised listening experience – and mixes that translate perfectly to other rooms and systems.

In a typical 2-way system the active crossover needs two power amplifiers — one for the woofer and one for the tweeter.

Directivity Control Waveguide (DCW™) for flat on- and off-axis response.

A revolutionary approach was taken by Genelec in 1983 with the development of its Directivity Control Waveguide (DCW™) used at the time in an egg-shaped enclosure. The Genelec DCW technology developed and refined over more than 30 years greatly improves the performance of direct radiating multi-way monitors.

The DCW technology shapes the emitted wavefront in a controlled way, allowing predictable tailoring of the directivity (dispersion) pattern. To make the directivity uniform and smooth, the goal is to limit the radiation angle so that the stray radiation is reduced. It results in excellent flatness of the overall frequency response as well as uniform power response. This advanced DCW technology minimizes early reflections and provides a wide and controlled listening area achieving accurate sound reproduction on- and off-axis.

Minimized early reflections and controlled, constant directivity have another important advantage: the frequency balance of the room reverberation field is essentially the same as the direct field from the monitors. As a consequence, the monitoring system's performance is less dependent on room acoustic characteristics.

Sound image width and depth, critical components in any listening environment, are important not only for on-axis listening, but also off-axis. This accommodates not only the engineer doing his or her job, but also others in the listening field, as is so often the case in large control rooms.

When working in critical audio production environments it is essential that monitoring systems remain reliable and functional at all times. One of the main reasons behind Genelec’s excellent success in broadcasting environments is the reliability of our products and a key element behind the reliability is the internal protection circuitry found in all products since 1978.

The protection circuitry prevents driver failures by detecting signal levels, and in case of sudden peaks or constantly too high levels, taking the signal level down automatically. Of course this feature does not affect the sound quality in any way when working within the specifications of the loudspeaker, but only prevents inadequate input signals from breaking the loudspeaker.

The last decade has experienced a rapid increase in global media content creation, resulting in significant changes in the way network facilities deal with increased workload. Now, more than ever, a growing number of audio productions are done in tighter, more confined working environments. This increases acoustic problems and lowers the reliability of monitoring. At the same time, a professional audio engineer needs to have high confidence in a reliable and precise monitoring system that reproduces sound neutrally and without distortion.

Built upon the solid electro-acoustic foundations of the 1200, 8000 and 7000 Series products, Genelec advanced SAM Systems are today’s most advanced and flexible monitoring solutions. They are an indispensable tool for audio professionals, as they are capable to automatically adapt to the acoustic environments and correct for levels, delays and room anomalies. SAM Systems can be controlled via Genelec proprietary Loudspeaker Manager (GLM™) network and software, enabling you to build a highly flexible and reliable monitoring system.

The GLM 3 software is a highly intuitive and powerful monitor control networking system that manages connectivity to all SAM studio monitors and subwoofers on the network – up to 30. The GLM 3 software features adjustment of levels, distance delays and flexible room response compensation equalization with the state-of-the-art and robust AutoCal™ automated calibration system. All parameters and settings are stored in system setup files or saved in each individual monitor or subwoofer if the GLM network needs to be disconnected.

Also, all acoustical features of SAM Systems can be optimised for different working styles or client demands. Additionally, even if the monitors or the production projects move between rooms, you can expect SAM technology to achieve the highest consistency in monitoring, providing a neutral sound stage imaging with low distortion.

Introduced early 2013, Genelec’s Intelligent Signal-Sensing technology has been developed to meet with both European Union ErP Directives and the company’s own wider sustainability commitments.

The Intelligent Signal Sensing, ISS™ circuitry tracks the signal input of the loudspeaker and detects if it is in use. If the ISS circuit does not find any audio on the input for a period of time, it sets the loudspeaker to a low-power sleep state and the loudspeaker will consume less than 0.5 watts. When an input signal is detected, the loudspeaker immediately turns itself on. Basically, the loudspeaker system will start saving power as soon as work is interrupted.

If this function is not desired, the ISS™ function can be disabled by setting the “ISS Disable” switch on the back panel to “ON” position. In this mode, the monitor is only powered on and off using the mains power switch.

Note that the mains power switch will always turn the monitor off completely.

Each transducer is driven by its own optimized amplifier.

The interaction between room acoustic and loudspeaker radiation is complex. Each room changes somewhat the monitor’s response in a unique way, e.g. reflective vs. damped rooms, or placement against a wall vs. on a stand away from the walls.

All Genelec loudspeaker systems feature room response adjustments to compensate for the room influences and retrieve a flat frequency response at the listening position.

At low frequencies two main controls are provided. The Bass Tilt control, which acts as a shelving filter together with the Bass Roll-off control allowing you to optimize the low and very low frequency response of the system in different installations. Bass, midrange and treble level controls are provided in large systems. These controls allow to optimize the relative balance between the various pass bands.

The operating manual and datasheet of each loudspeaker contains a list of preferred room response control settings for different installations. These have been specified out of long practical experience and measurements of various kind of typical acoustic environments.

Genelec AutoCal provides the industry’s first integrated process for complete automated measurement, analysis, and adjustment of every monitor on the GLM control network. The system measures the response in the listening area and applies relevant compensation in the low and low-mid frequencies to minimise the detrimental room acoustic anomalies as well as the differences between various listening positions. AutoCal also aligns relative levels, time-of-flight, as well as adjusts correct crossover phase (called AutoPhase) for all subwoofers on the network.

The Acoustic Response Editor provides accurate graphical display of the measured response, filter compensation and the resulting system response for each monitor, with full manual control of acoustic settings. 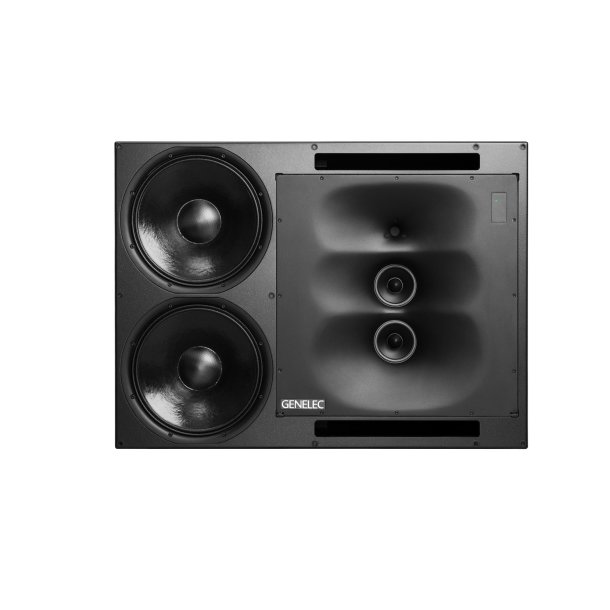 
Maximum peak acoustic output per pair in a listening room with music material at 2 m.


Maximum short term sine wave acoustic output on axis in half space, averaged from 100 Hz to 3 kHz at 1 m. 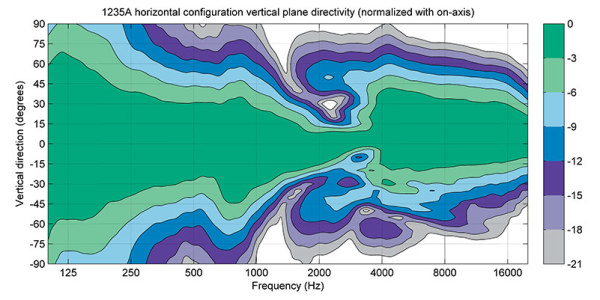 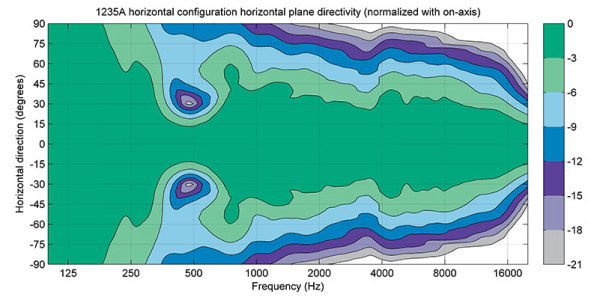 Type in your city to find your nearest Genelec dealer

Setting Up Your Speakers

How To Select The Correct Monitors

How To Place Your Monitors